Amidst the broken walls of allowable love of country stands the tattered remnant of America’s patriots. Reviled as evil, their hearts for a nation once free are now stamped as dangerous and incapable of compassion. Where once a bright future reigned, now dark clouds of fear…or is it anger…shroud the hearts of The Remnant.

Yet they stand, their fingers intertwined with those of their children. They face the future with hope, knowing that the seasons of nations can transform from Light to Dark, or Dark to Light, in an instant.

The sight of “Old Glory” still causes their hearts to cry out. Her unfurled majesty is a moment of wonder for the privilege of citizenship in a land where belief in Freedom lives on in spite of the circumstances. A land where giving up or giving in is not an option. It’s a land where the flag’s symbols drive passion and love of values, a love of life. The patriot is caught in a moment of reflection, a moment of quiet remembrance. 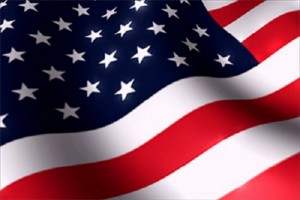 Lest they forget that the flag is not just a flag, her colors call out to them. “My red stripes, my blood, shed to protect your sacred vow. The white of purity is a state of the heart which struggles for release within your human condition. The blue of Heaven, your final hope, the favor of the Almighty sought by the forefathers of America’s Constitution. Do you remember? Will you stand firm? Will you defend me?” The Remnant stands silently, inwardly weeping for the foundations destroyed by human disregard for her meaning.

Benjamin Franklin’s words from the day of the signing of the Declaration of Independence ring through the ages in stark testimony to the plight of the land once called “the colonies.” “We must indeed all hang together, or most assuredly we shall all hang separately.” The Remnant cannot forget. They know that foundations are built on unity of purpose.

Descendants of the Revolutionary War know well the sacrifices of their ancestors. Frigid nights when inhospitable conditions threaten to destroy the men who call themselves “patriots.” Wearing tattered rags and threadbare shoes, they forge ahead because to give up would mean certain death. With few weapons and even fewer troops, their courage and determination to create a land of liberty pushes them far into the mouth of the English Lion.

Captured, murdered, tortured, but not crushed, a tiny armed militia finally breaks free of the yoke of tyranny. Their hope of freedom is won by sheer inner strength, the heart of The Remnant. It is the heart, after all, that drives mankind.

Through the conflicts of the ages, in battles both foreign and domestic, the fledgling nation grows. The Remnant flourishes, bent upon breathing life into their land. They make mistakes. They falter. Then in a rage that rivals the war in Heaven, brother fights against brother during the pursuit of freedom for all in the Civil War. Differences threaten to rip apart the nation that has been so desperately won.

The Remnant once again emerges, a breed whose hope for healing of their land shines brightly in the darkness of war. Abraham Lincoln speaks their hearts: “If we do not make common cause to save the good ship of the Union on this voyage, nobody will have a chance to pilot her on another voyage.” 1861 through 1865 mark years of savage bloodshed, as America splits itself apart over many issues, not the least of which is freedom for the slaves.

And yet, in the battle for liberty and justice for all, The Remnant triumphs.

As the fight for freedom moves to the world stage, The Remnant’s heart begins to break under the barrage of sorrow. A sense of sadness begins to pervade the nation. The hardships of two World Wars, the Great Depression, broken lives and dreams overwhelm the senses. Victories bring celebration, but by the Korean Conflict and Vietnam War, a jaded and cynical nation emerges. The Remnant watches as men and women no longer fight to win. Now they have learned to give up and give in.

Only brief respites during the years to come gives hope to The Remnant once again. But afterwards, the tide turns, and what was once an honor becomes something to disregard. What was once good is now spoken of as evil. Instead of unity, division now reigns supreme over the land. The definitions of a patriot and the very history of a nation are now subject to the whims of those who do not understand the hearts of The Remnant.

Yet, in the face of ever growing hostility, The Remnant persists. Freedom burns deep in their psyche. The land of the free may be weakened in the reality of current politics, but that hope, that desire for liberty still pervades the hearts of those who love America.

I am part of The Remnant. My family’s forefathers fought and died against overwhelming odds in battles for the right to life, liberty, and the pursuit of happiness. The sight of Old Glory fluttering in the breeze builds a lump in my throat. It is as if her stars have been ripped from the field of blue, and her red stripes swept from the flag. My heart breaks to see angst and division slashing the fabric of what was once a proud nation.

As I reflect on the sacrifices of my ancestors, I grieve for my country’s failure to recognize its own foundations. Whether it’s debt that crushes the hopes and dreams of the citizens, the loss of freedoms once granted under the Constitution, or the lack of vision for the future, this country is on a collision course. And I wonder. Will we, The Remnant, rise once again to right this Ship of State before it runs aground on the shoals of history? Or are we doomed to the tyranny of government that fails to understand the consequences of its actions? Only The Remnant knows its own heart. And the questions? Only The Almighty can answer.